Another pizza in old town Gaeata proved less impressive than last. Perhaps because I went for something not from this region (should have stuck with calamari instead of the tuna) my pizza was less than fresh, although this pizzeria seemed to avoid using the olive oil-heavy tuna found in other parts of Naples. The crust was respectable, with slight char, and a thin exterior. While I have had some excellent thin-crust pizzas in Rome, this pizza did not compete with those pizzas. The lack of thick portions of tuna and substandard mozzarella leaves me wanting a lot more from this pizza. On a scale of one to ten I give the toppings a 4.5 and the crust a 4.5 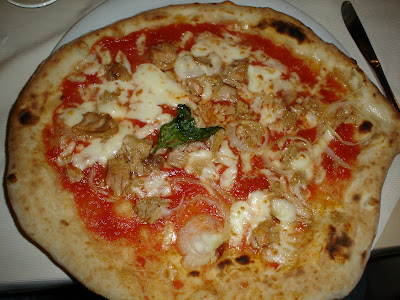 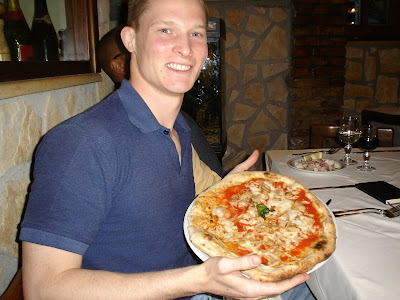