La Chamade, a pizzeria chain in the west-Naples suburbs, produces average pizza. I don’t know if there is varying quality among the La Chamade pizza chains, although I would suspect there should be. Brick oven baked pizza has many variables controlled solely by the pizzaiolo. The pizza chef controls the cooking time, the evenness of the cooked crust, and the distribution of toppings and their quantity. While ingredient selection is probably uniform around the different La Chamades, the overall experience of the pizza is a highly localized one. That may explain why there are only a few chains that operate locally or even nationwide in Italy

That said, the bresaola and crust were above average on this pizza, but the overall taste was ‘dry’. Most of this pizza had a ‘leafy’ taste caused by dry arugula. The tomatoes and creamy mozzarella help compensate for that taste, and on a scale of one to ten I give the toppings a 6 and the crust a 5.5 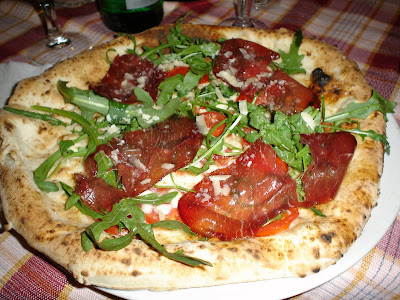 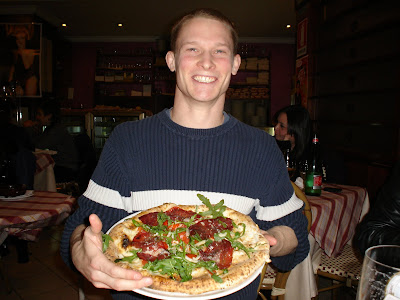