This is a massive two-part pizza, best consumed after a long fast or with help. Antony’s ‘Antony’ Pizza, also sometimes referred to as a Volcano pizza, is one Margherita pizza baked on top of a meat, mushroom and ricotta pizza. First the ricotta, salami, and mushroom pizza is assembled on one pizza, 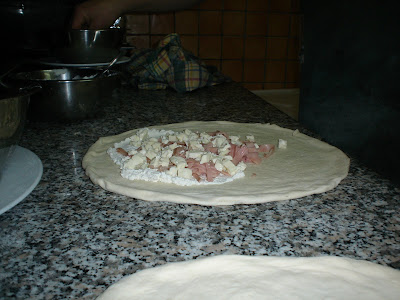 The ricotta and ham pizza is then covered with a second layer of crust. The pizzaiolo then levels out the first layer before adding a margherita-set of toppings. For one of my earlier encounters with a Volcano pizza see here 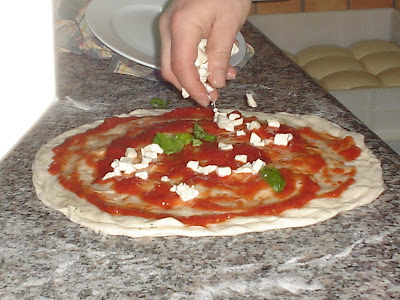 Despite the extra toppings, the Volcano pizza still manages to cook thoroughly in two to three minutes. 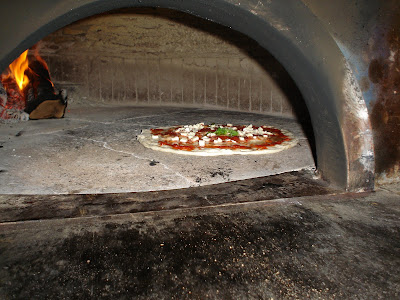 Although it is hard to distinguish individual tastes in this pizza, there is an even spread between spicy and neutral tastes. The tomato sauce is extremely peppery, but is balanced by creamy ricotta, the salami is spicy but is muted by the mushrooms. The appeal of this pizza is the volume of tastes (and food) you can sample at once. Like a calzone, the contents of this pizza stay warm much longer than an open-face pizza. That’s a good feature, since it takes some time to finish this type of pizza. The ricotta and salami were fine, the mushrooms less so. The heavy amount of pepper in the sauce was good to start, but a bit much by the end of the pizza. Overall this is a nice balance of flavors, and the crust was surprisingly well-cooked throughout each layer of pizza. On a scale of one to ten I give the toppings a 5.5 and the crust a 6 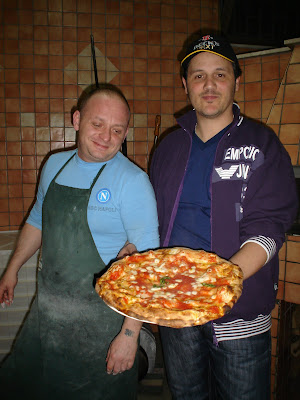 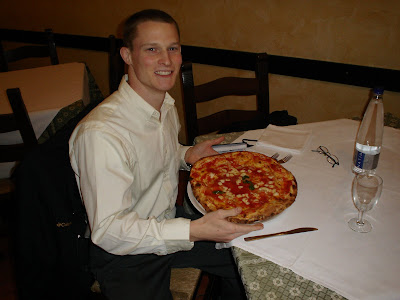