This was my second pizza at Donn’Amalia. Based on a positive referral from a Neapolitan friend I returned again to try the Sausage and Friarielli pizza. My visit was advised also with the additional caution to watch my car while I was there (which goes without saying anywhere in Naples…) This pizza was definitely better than the Girasole pizza I had a year earlier. With noticeably fresh friarielli, Donn’Amalia produced an appropriately crispy crust that suited the sausage topping. Sausage and friarielli pizzas are heavy pizzas to begin with, and it requires a thick crust to prevent the pizza itself from developing a watery texture caused by moisture in the Friarielli. Donn’Amalia delivers with a crispy and thick crust, and on a scale of one to ten I give the toppings a 7 and the crust a 6 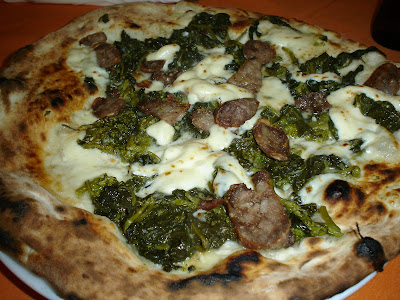 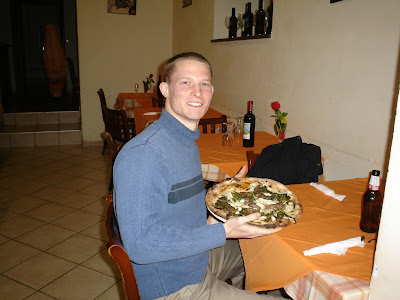