Il Due Forni, or ‘Two Ovens Pizzeria’ has traffic stopping pizza, but mainly because of poor urban planning. I think Two Ovens Pizza makes a respectable pizza, and the demand for their pizza and chicken accounts for some of the traffic problems near a poorly placed toll road off ramp. The unpretentious pizzeria and rotisserie has no room for sitting, but a decent crowd was outside the two ovens either waiting for spit-fired chicken (oven one), or brick oven pizza (oven two). Eggplant is good in Naples, in fact usually superb, but it also oily. Combined with greasy (but good!) sausage forms and even greasier pizza.. A thick crust and scattered mozzarella help moderate that oily taste of the pizza, but not entirely. On a scale of one to ten I give the toppings a 7 and the crust a 4 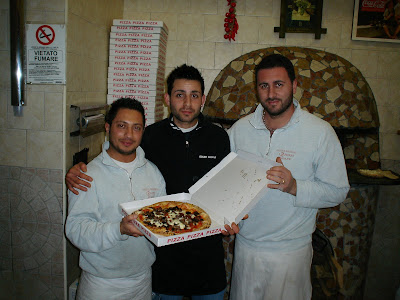 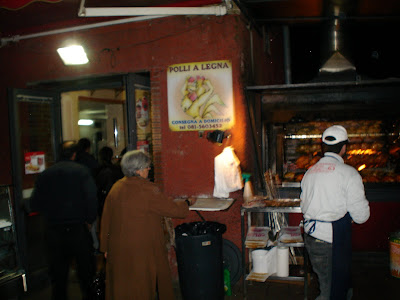 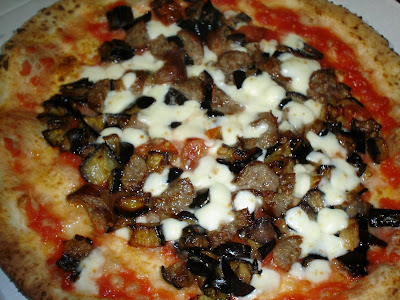