If you had told me that I could have enjoyed a deep-fried pizza that was non-greasy and not sickening, I would of said that it was unlikely. If you then told me that I could eat that same pizza and enjoy the performance of a dancing parrot that had an affinity for songs from the 1980’s, I would have said that this was impossible. But, I would be wrong. Pizzeria Fiorentino advertises its Ripieno Fritta (a deep-fried pizza) as their specialty, and offers a side-show in the form of a parrot, by the name of the Lorrento, who apparently loved the 1980’s. Based on Lorrento’s affinity for Paul Engemann’s ScarFace soundtrack song ‘Push it to the Limit’, I can only guess that this Parrot (which as a species can live up to seven decades) probably grew up in the 1980’s watching music montages of mobster movies. In the mafia influenced city of Naples, I think the irony of being thrilled by the Scarface movie soundtrack was probably lost on the parrot, but not on me. It’s a strange combination of music, parrot, and pizza, but all made for a good meal. 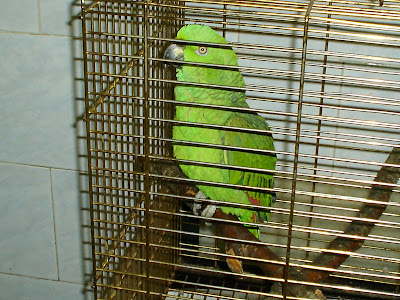 The ripieno fritta was light on the deep-fry oil, and had an excellent mix of ricotta and pepper. While the rest of a Ripieno Fritta pizza’s contents are composed of sausage and tomato stuffing, the spicy flavor of the ricotta was the best feature. This is the best ripieno fritta pizza I have tried to date. 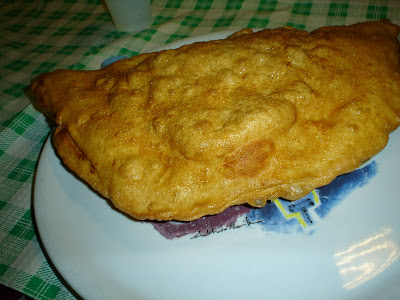 The dancing parrot was just icing on the cake. For other Ripieno Fritta pizzas, see Di Matteo and Pizzeria Tutino. I would also recommend you take a taxi to this location, Via Briganit is one of the serpentine roads that winds down from Doganella to Naples, proper. The congested narrow lane is almost impossible to park in, and catching a bus is problematic, although Naples bus route 3S and 14 should get you in the general vicinity. On a scale of one to ten I give the toppings a 7.5 and the crust a 7 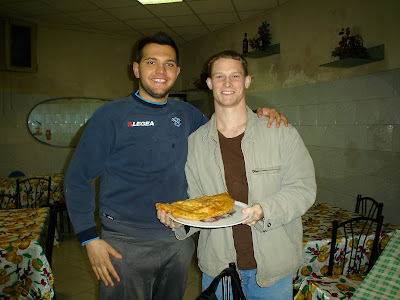