This was a terrible pizza. I am not sure why this place is named after the pyramids. None of the awesome visual presence of the pyramids was conveyed to this pizza in the form of good taste. I am sure some pizzerias in the suburbs of Naples survive off of their proximity to large neighborhoods or community parcos and do not necessarily survive because of the quality of their pizza. Unlike the pizzerias in downtown Naples which are subject to more intense pizzeria competition, Piramidi probably can afford to serve pizza that fills the stomach but fails to please the pallet. I think Piramidi serves none of the positive aspects of Neapolitan pizzas- a robust crust with fresh vegetables and creamy mozzarella. The sauce was bland, the salami was passable, and the mushrooms were canned and tasteless. The crust provided no rescue from blandness, and was cracker-like. At the least, this pizza did fill my stomach, and has enough toppings to deal with meal-time hunger….but I suppose saw dust and water can also do that. Aside from that one advantage, I’ll pass on pizza here again. On a scale of one to ten I give the toppings a 2 and the crust a 2 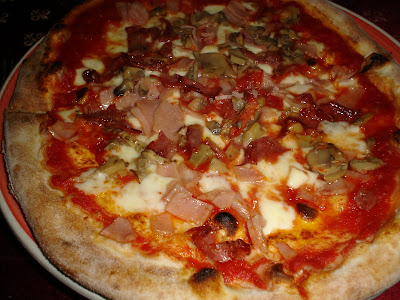 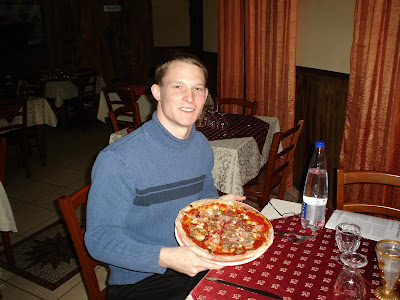