It is unfortunate that on a night I was enjoying Naples best culinary feature-excellent pizza crust, I was confronted with Naples worst feature since their last trash crisis- rampant vandalism and theft. I was literally enjoying the best crust I have ever tasted in Italy to date, when my car - parked just outside of the pizzeria on a major road in Pozzuoli, was broken into. Fortunately the thief obtained nothing of value (my cheap pair of sunglasses were thrown into the back seat as if the thief was saying ‘I don’t want your junky sunglasses’). As I looked at my smashed passenger side window and the hundreds of shards of glass scattered over the seats and street curb, I then suddenly remembered a prophecy a wise Tibetan monk once told me: ‘With great crust, you will also suffer great misfortune’. 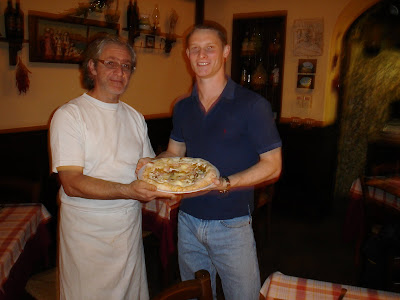 It’s a shame such a culinary rich area is unsafe to visit, but after having 239 meals at pizzerias mostly in Naples, I suppose I have been lucky until now. Some Canadian friends told me that the same week there had been several car break-ins at the Chinese restaurant next door, so I can stop faulting myself for picking the wrong pizzeria on that road.

The Price of a Good Pizza Crust 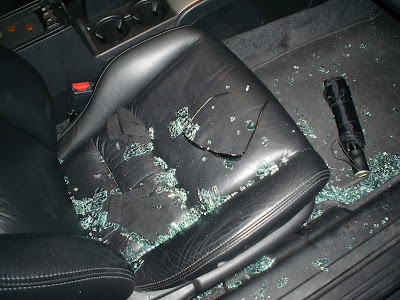 As for the pizza La Tana di Paolo produced, it is the best crust I have tasted to date, and they didn’t even need to alter or accentuate their crust with stuffed ricotta and basil as some particularly good pizzaiolos do. The crust had volume, and freshness that made you consider if adding pizza toppings to the dough was even necessary. I find it also a shame there were so few patrons in the pizzeria that evening, not only so my car would not be the only vehicle in front of the pizzeria, but also because the pizzaiolo and his dough were clearly a level above their competitors that evening. The mozzarella and the prosciutto were reasonably fresh, and while the cured ham was not the most tender I have had, still fused nicely with the creamy mozzarella. On a scale of one to ten I give the toppings a 5.5 and the crust a 8.5 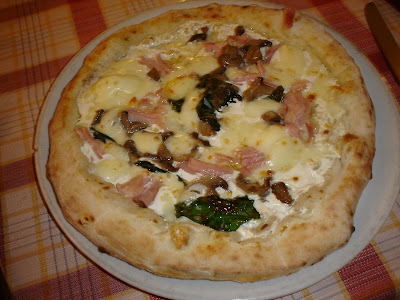