Da Paolo should give hope to pizzerias around the world that cook pizza but are located outside of Italy itself. Da Paolo, like many Swiss themselves, can not claim to be a total transplant of Italian culture, since the lower one-third of Switzerland is represented by Swiss who speak Italian and are ethnically Italian. In the cosmopolitan Geneva, all of Switzerland’s three main ethnicities seem well represented in the heavily restaurant-populated street of Rue du Lausanne. Everything about Da Paolo’s strikes me as typically Italian; to include the waiters, the wood fired brick oven and even the two pizzaiolos who seemed to only show their culinary flare for tossing pizza dough when a female audience was in visual range. The only thing noticeably non-Italian were the Genevan prices. Pizzas prices here, inflated by bankers and diplomat’s salaries, are noticeably higher than on the peninsula.

Da Paolo produces excellent pizza, prices aside. The packed interior, colored with an orange glow from the brick oven, has an uncharacteristically warm atmosphere for the often sterile Genevan restaurant environment. Da Paolo produces a superior crust, and if you can handle the liberal amounts of minced garlic, also produces great pizza toppings. My pizza ‘Da Paolo’ was topped with mozzarella, strained spinach, and minced garlic. The slightly buttery taste to the crust seemed to be produced from the mozzarella the pizza chefs were using, and the rich taste is not only good on it’s own right, but positively flavors the crust and gives the spinach a creamy flavor. Superior, but simple ingredients, once again combine to create a great pizza. There are a lot of ways to have an overpriced mediocre meal in Geneva, but this is not one of them. Da Paolo is an excellent pizzeria. On a scale of one to ten I give the toppings a 6 and the crust a 7 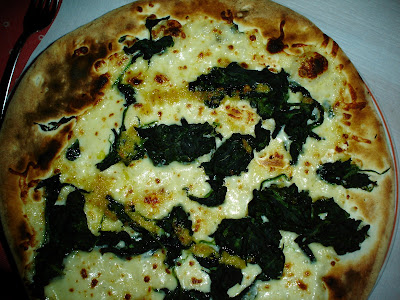 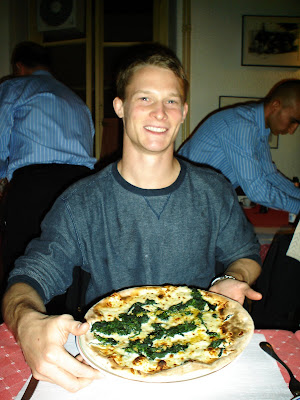