Pizzeria Trianon usually appears on various lists of famous pizzerias in Naples but is generally not considered to be producing premium pizza such as Trianon’s nearby neighbor, Da Michele. Trianon still produces good pizza, and although I have only had a single pizza at Trianon, would recommend the Sostanziosa. It is the ideal pizza to have if you have missed breakfast or want a pizza brunch. Stacked with a sunny-side-up egg and sliced ham, this pizza is filling and tasty. The ingredients are heavy, and the center of the pizza is a bit watery. None of these ingredients individually stand out, but the mozzarella, ham and cooked egg taste better than average and made for a good late breakfast. I consider this pizzeria more of the ‘designated substitute’ for disappointed Da Michele diners, who arriving at a closed Da Michele in August or on a holiday, would find Trianon a reasonable substitute (and reasonably close) for their unsuccessful initial choice. On a scale of one to ten I give the toppings a 5.5 and the crust a 4 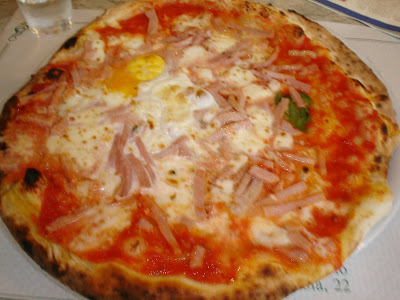 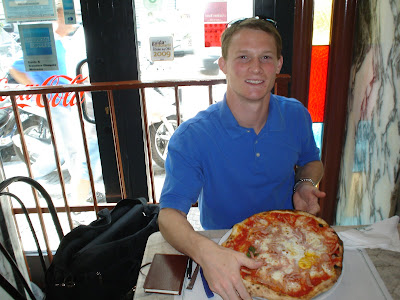