At half past midnight, this was the only pizzeria that was open that I could find open in Milan during a torrential downpour. This pizza was bad and overpriced. I suppose that is what I deserve for failing to conduct proper pizza research before exploring a city. The location was great, seated within the ornate and massive shopping Galleria, with impressive vaulted ceilings. The Galleria is adjacent to Milan’s massive cathedral the Duomo. 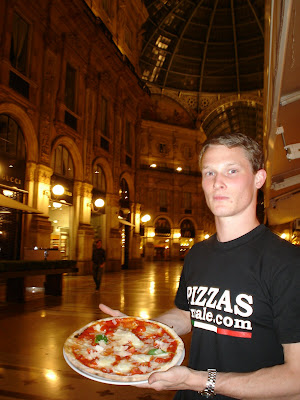 Pizzerias that are open all the time, either produce phenomenal pizza and thus have steady demand, or are located in such a place as to regularly have demand for their pizza by virtue of geographic convenience. This was the latter case. The toppings were passable and the crust poor. I have no idea if the flattened crust is typical of Milanese pizzas, but the basil was uncooked on the pizza base- a rookie mistake by the pizza chef, ensuring that no flavor was released to the rest of the pizza. There was also an overreliance on tomato paste which was not fresh. Hopefully Milan has better pizza to offer than this. I would advise you to avoid eating pizza anywhere near the town center. Your wallet and your stomach will be much happier. On a scale of one to ten I give the toppings a 4 and the crust a 2.5 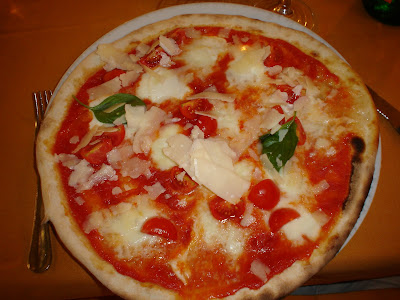 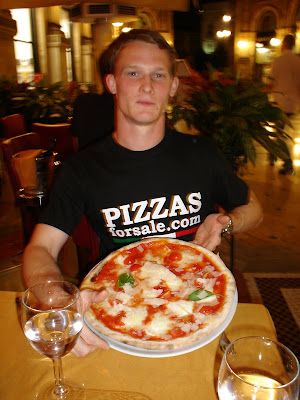