While on a trip to Bulgaria I decided to have a pizza. I’ve already tasted the traditional Bulgarian salad-Shopska earlier, so I did not feel shorted by eating pizza once again, even outside of Italy. Speaking of which, if I haven’t explained it elsewhere, in my quest to eat 365 pizzas in two years, I did decide to count pizzas outside of Italy. I decided to count them for the sole reason of comparison. I also want to answer the question: How do pizzas outside of Italy, or Italian immigrant restaurants, compare to Italia Authentico? I think it’s a relevant question to determine if pizza variation or facsimile lives up to Italy’s standard. First of all, this restaurant’s outer facade is just bizarre, and a non sequitur when you consider there is no Godzilla-themed interior. That’s right, I said in a restaurant named ‘Godzilla’ there is nothing related to radioactive Japanese monsters. 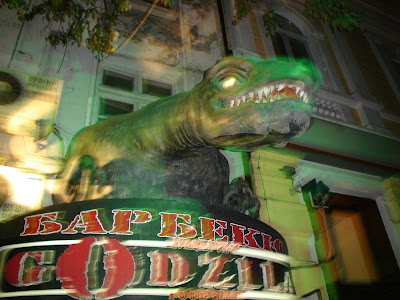 That said, Godzilla Bar-b-q and Pizzeria produces good Roman-style pizza with thin-crust pizza, tasty sausage and smoked cheese. Bulgaria has yet to adopt the Euro, and the exchange rate with the lev (Bulgarian currency) is very favorable. I have not calculated what the best pizza is by cost, but the Godzilla pizza is probably the best pizza for my lev yet. The very normal interior has no large lizards, or green lighting, but does have good pizza. On a scale of one to ten I give the toppings a 6 and the crust a 5 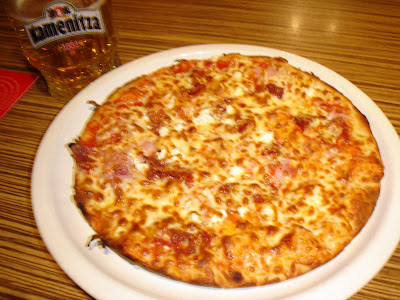 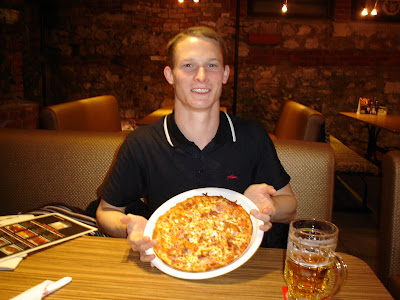