If downtown Naples can be considered the holy sanctum of pizza (Da Michele’s, Di Matteo, Pizzeria Brandi) then western Naples should be considered the sinful Babylon of pizza. Pizzas in the latter location are made under glitzy neon lights and served in conjunction with Italian cafeteria food, absent the colloquial charm that old Naples offers. Rather than pizza being prepared and served by a single family, it is instead served by a crew of waiters sometimes using gas-electric ovens rather than brick ovens. After writing that sentence I realized that is how most pizza in the world is probably prepared, but after eating pizza in Naples I have definitely been spoiled. I sometimes forget how ambience and feel make such a difference between a traditional Neapolitan pizza and a pizza anywhere else. In fact, western Naples (Nuovo Colmata) is probably better known among Neapolitans for its prostitutes than its pizzerias. Without an inviting pizzeria in site I turned away from Nuovo Colmata and pulled into Antica Grecia in Cuma . Antica Grecia is a bit tacky with faux French gardens surrounding the restaurant, but still produces decent pizza. I had a simple eggplant pizza with mozzarella. This pizza had tender eggplant, with a bit too much tomato sauce that was also slightly watery. On a scale of one to ten I give the toppings a 5 and the crust a 4.5 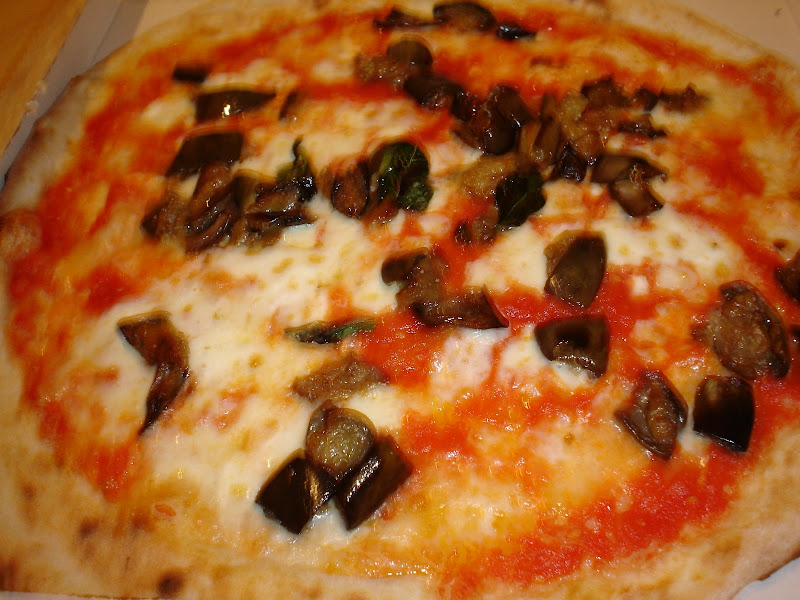