Secondigliano is an area I first heard about when reading Roberto Saviano’s book on the Neapolitan Mafia, entitled ‘Gomorrah’. In the book, Secondigliano is described as a major mafia concentration area famous for counterfeit clothing distribution and also for the mafia related violence in 2004 and in the late 1990’s. Secondigliano does not appear much different than many other parts of Naples, mostly in need of a decent sweeping and power-washing of the oil stained sidewalks. In fact compared to downtown Naples, I find the unkempt nature in Secondigliano excusable, where as in downtown Naples so much disrepair and graffiti accompanies Roman-era ruins, historic cathedrals, and castles that deserve better care.

At Pizzeria Fontanella I had the ‘Fontanella Pizza’, which turned out to be a Ripieno pizza, or a calzone. Normally I skip these on the menu but in this case it was the restaurant’s named pizza. The ripieno had excellent prosciutto, which seemed freshly sliced, rather than the canned variety which unscrupulous pizzaiolo’s sometimes bake into ripieno pizzas, assuming all is smothered in layers of mozzarella and crust. The crust itself was passable, itself covered with tomato paste. On a scale of one to ten I give the toppings a 5.5 and the crust a 4 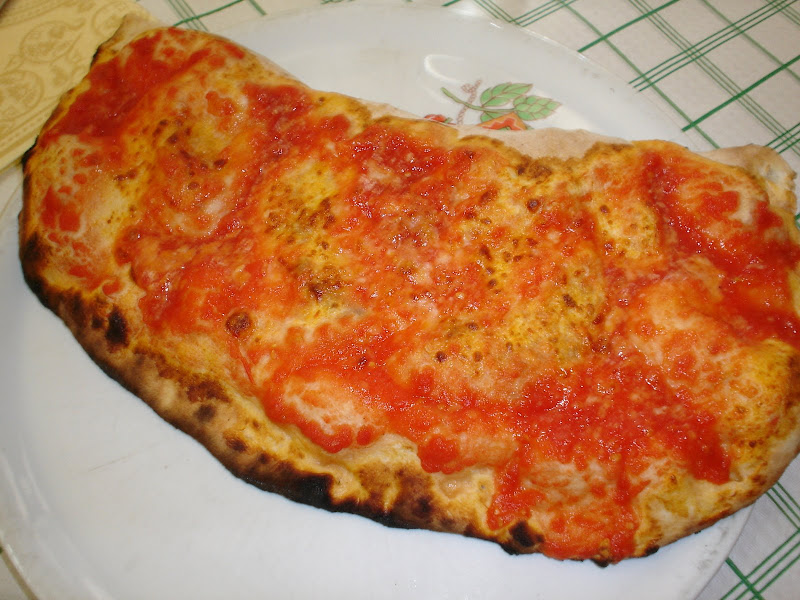