Not all places that serve pizza in Italy are called pizzerias. Pizzeria is just one category of a pizza place, and Non-Solo Pizza falls into another category called a Friggitoria. A Friggitoria like Non-Solo does not seat its customers, but does serve whole pizzas for delivery or take out. As the name Non-Solo pizza might imply, they serve more than just pizza, and like many of their Friggitoria brethren they serve calzones, fried calzones and other fried vegetables in addition to pizza. After I navigated through the stack of scooters and motorcycles blocking the entrance I ordered a Regina pizza, which is like a Margherita pizza except it has cherry tomatoes on the cheese base instead of tomato sauce underneath the cheese.

While waiting, I noticed Friggitoria’s seem to cater to a much younger clientele than a Pizzeria does. You can discern that fact by counting the high number of non-ear piercings inside the waiting area, or you can determine that the average age is lower since Euro-MTV is playing inside instead of the ubiquitous Euro-Sport football feeds. The obvious draw to a Friggitoria is the lower cost, with no sitting fee (Coperto in Italiano) or service fee, which makes it much easier for young people to buy a three-euro pizza on a small salary or allowance. Even though express pizzas are the only option at Non-Solo, they still make quality pizza, better than several of the sit-down pizzerias I have been to. On a scale of one to ten I give the toppings a 5.5 and the crust a 5 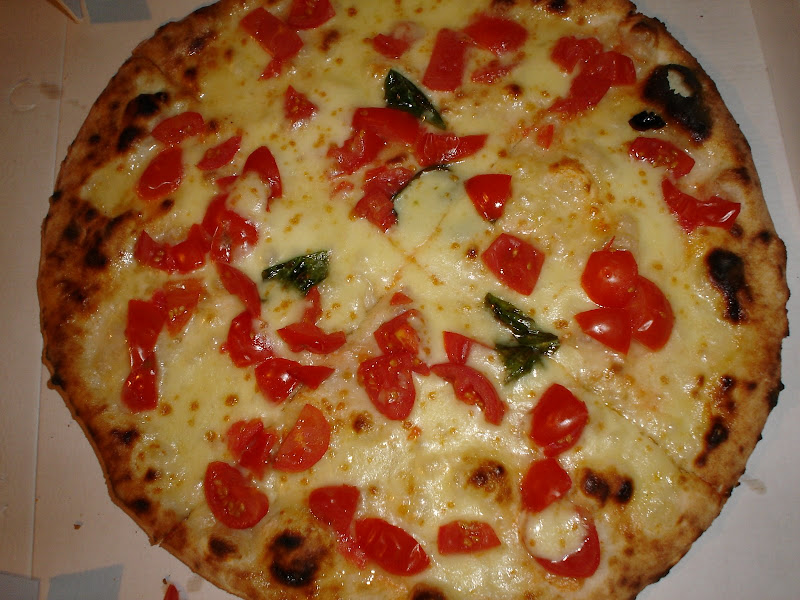