This was an impossibly difficult pizza to eat, effectively one Margherita pizza sitting on top of another three-meat and artichoke pizza with ricotta baked into the crust. If you just ran a marathon and need to recover masses of carbohydrates and protein, this is your pizza. The ‘Vulcano’ or Volcano was truly immense. I am not quite sure how the Pizzaiuola was able to cook both pizza’s without undercooking the crust of the bottom pizza, which is already weighed down by large portions of meat and artichokes. I have heard that pizzas like this, similarly named ‘The Volcano’ are featured at a variety of Neapolitan restaurants. This makes sense in this region since Naples sits partially on and surrounding Mount Vesuvius. You could question the wisdom of rebuilding Europe’s densest city in an area famous for its epic destruction two millennia ago, and you can also question the wisdom of recreating culinary dishes that celebrate this fact (and their potential demise), but you would have to admit this is a very good pizza.

The pizza’s only fault is the combination of some odd tastes, like salty artichoke and creamy ricotta (which does taste bad in my opinion). The doughy and rich crust, along with great shredded parmesan make this a delicious pizza (for two). Finally I would recommend eating this pizza during the lunch time sitting, eating at 9 pm was a very unwise decision on my part, as you may have trouble falling asleep after a four thousand calorie pizza. On a scale of one to ten I give the toppings a 6.5 and the crust a 6.5 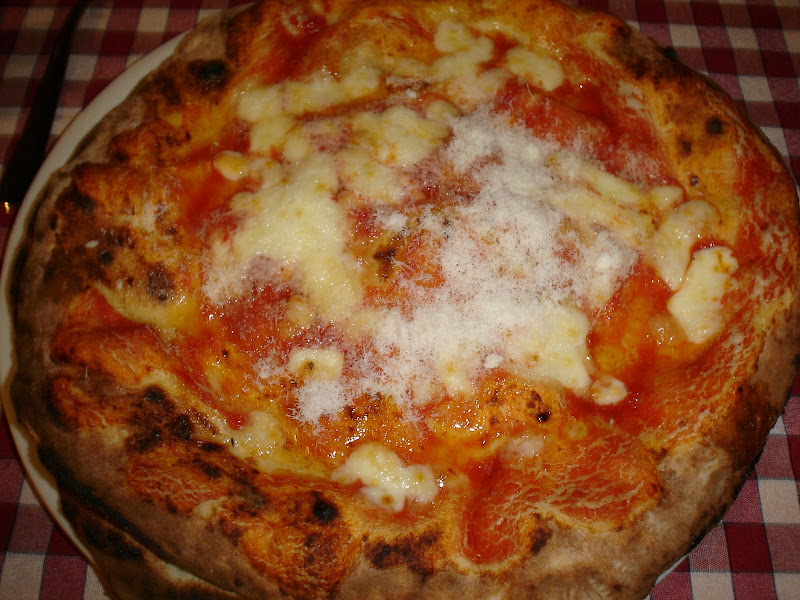