The pizza, named the Bin Laden, caught my attention for obvious reasons. Bin Laden the terrorist is bad, and so is the pizza named after him. Pizzeria Jolly offers a range of pizzas named after international figures to include American Presidents and other world leaders. While definitely not the best pizza, the colorful names of the pizza and the very low prices are Pizzeria Jolly’s main virtues. The pizza I had was crowded with wurstel (basically chopped hotdogs) several spoonfuls of canned corn, a mozzarella and tomato paste base, and finally several shredded slices of prosciutto. This pizza is probably better much later in the evening when you may not be as discriminating in taste. The crowded pizza and the run-of-the-mill canned ingredients make this pizza sub-average. Once you take the actual price I paid into account, roughly three euro, the full sized pizza isn’t that bad. On a scale of one to ten I give the toppings a 2.5 and the crust a 3. 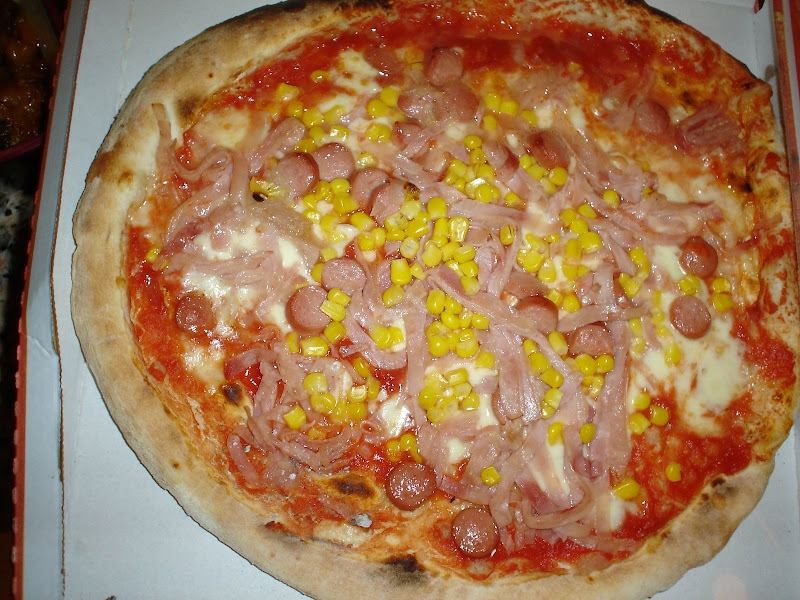