Da Michele is the ‘In and Out Burger’ of the Pizza world. They have two and only two pizza’s; Marinara (Garlic and Mozzarella) and Margherita (Tomato, Mozzarella and basil).

You can always ask for more mozzarella (they offer the ‘double’) so that effectively leaves the menu at 3 pizzas deep if you order it so…………they needn’t do more. The pizza is good, and is served in about 2-3 minutes from when you finally get a seat. There is always a pizza in the brick oven and the cooks aim for a 2 minute cook time, so if your impatient like me Da Michele’s will alleviate your meal time impatience.

I had the award winning Margherita pizza. Still not the best pizza I’ve had, but definitely the best Margherita pizza I have had to date. The mozzarella was great, the tomatoes and tomato sauce was average, and the crust was a bit thin-bordered on flapjack. I understand the pizza’s won awards, but if I don’t get mozzarella in a bite, and instead get a Bisquick-like taste, it doesn’t push the boundaries of the best pizza ever, and it’s still very good, but that’s the pizzas main shortcoming.

If pizzas got bonuses for restaurant authenticity Da Michele wins for a low cost pizza (4 euros!) and doesn’t even charge for the seat, which is typical in Italian restaurant’s known as the Coperto . Da Michele is speedy, cheap and delicious. Best Margherita for your money. If the Bufala Mozzarella was good despite the watery tomatoes then I expect the ‘double’ mozzarella to be even better. I tried to get more pictures but there happened to be local law enforcement in the restaurant after I arrived and they have strict laws due to anti-mafia legislation which restricts photos. I’ll get more of the outside next time. On a scale of one to ten I give the toppings a 6.5 and the crust a 5 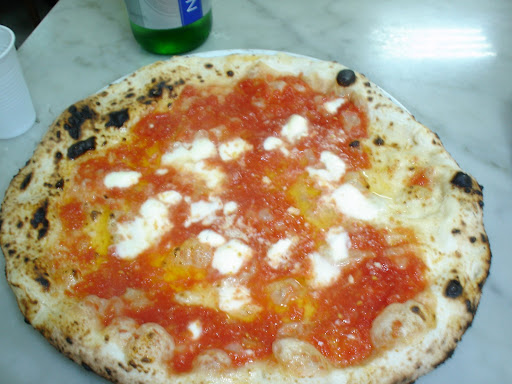 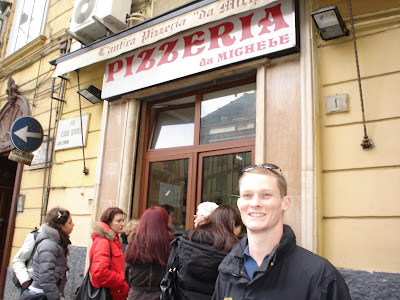