I took a weekend trip to San Marino, the only city-state in Italy not to be unified into the nation of Italy during the 1860’s. Most of the city is on the mountain that makes up San Marino, and is pretty touristy, catering to people who want to see the micro-nation (like me) and apparently stamp collectors who want to buy limited edition stamps produced by the San Marino post office. Other than the postage and the license plates, San Marino is exactly like Italy. There are restaurants at the top of the mountain San Marino is on, and the view and the pizza combined make for a good dinner or lunch. The pizza by itself is average, and probably doesn’t need to be anything else considering that the main clients of the restaurant I was at were French school students, German and Japanese tourists, and me. So no critical Italian gourmands here.

The pizza I had, Al Crudo, as the name implies, was several layers of uncooked prosciutto over baked tomatoes and mozzarella. The prosciutto was very good, although the rest of the pizza, including the crust was just average. If you are in San Marino, they seem to be much better at novelty liquors (lots of Che Guevera and Lenin Beers) than they are at pizza. On a scale of one to ten I give the toppings a 5 and the crust a 4 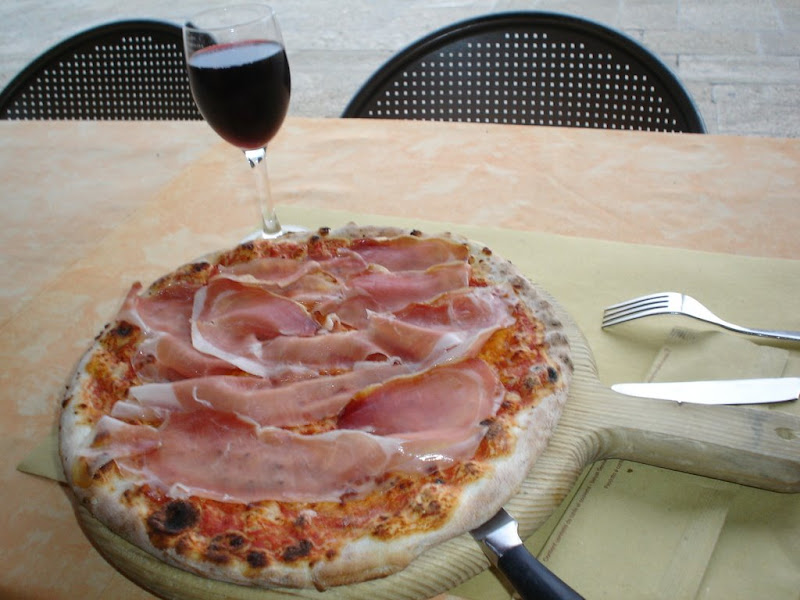